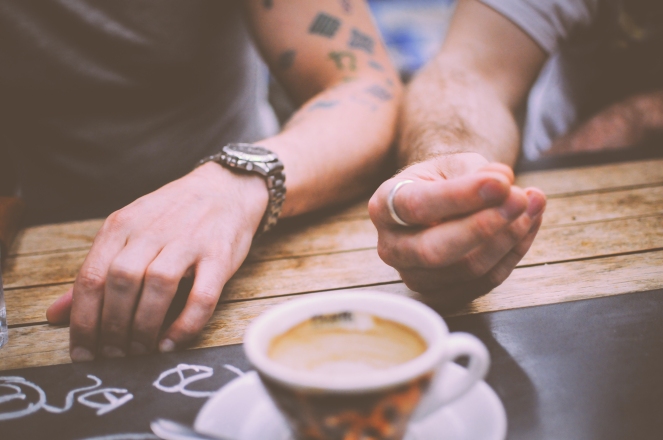 In my previous blogs I’ve written about how anxiety has isolated me from those around me, in this blog I thought I’d write about getting used to being around new friends, or getting reacquainted with old friends can cause stress and anxiety.

As I’ve mentioned in my previous post I’ve not seen my old friends for 4 years, getting used to not being around them proved far easier than say bumping into each other in the street, what to talk about apart from normal social conversation when passing someone by. As I’m approaching them I can feel my heart pounding, beads of sweat forming on my forehead and all types of thoughts running through my head. Then finally we’re standing right next to each other.

Stopping to talk to old friends has proven to be at first one of the hardest things I’ve had to do, yet once we got passed that awkwardness and realized how much we still have in common despite being apart for so long.

Making new friends after being in anxiety imposed isolation has proven to be one of the most rewarding and challenging things I’ve done.

I’ve always been able to talk to people even though being nervous and anxious, I had my first course of group CBT at the beginning of the year, there wasn’t anyone else there my age so didn’t really connect and just walked back to town to catch the bus home. Then on my second round of group CBT I found there was people there my own age, though we didn’t say a word to each other the entire first session, as we were walking out I plucked up the courage to talk to one of them that particular conversation was over our liking of Doctor Who, as we walked and talked another person from the course joined us, we then went to a local café had drinks and talked, I don’t think I’ve been more nervous and excited than I was in that café, by the time we finished talking we had written down each others Facebook addresses and had added each other by the end of the day.

By the time the course had ended the 3 of us became 4 and for the first time in a long time I could say I have new friends, the one thing I found a challenge at first was how to avoid becoming friends on Facebook and fall into the cliché of only seeing and talking to each other in the street and occasionally talk on Facebook.

I’m stoked to say we’re still in regular contact from talking on Facebook to meeting up and I’m pleased to call them my friends.

For the first time ever I can say anxiety has helped gain me friends.

To end this post I say Beating anxiety one step at a time!

“Friendship is born at the moment when one man says to another ‘What! You too? I thought that no one but myself…” – C. S. Lewis

This photo came from Pexels, another great source for free photos under the Creative Commons Zero license, so check it out!

14 thoughts on “Anxiety and Friendships – by Lewis Bull”